A new kind of hero has arrived. 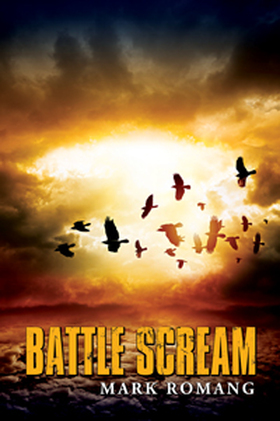 To whom much is given, much is expected. Discharged war hero Andrew Maddix learns this lesson firsthand. The ex-SEAL thought he’d put his
civilian life in order when he agreed to be the pastor at a small church in Utah. But all hell breaks loose when he discovers demons living inside the
church building. Worse, Maddix learns God has chosen him to lead a secret resistance against mankind’s greatest enemy: Satan. Armed with a flaming sword given to him by the archangel Gabriel, and a pouch of manna that enables him to see the spirit world, Maddix will fight back against the smothering darkness.

But behind every great man is a great woman. Sara Kendall will come alongside Maddix and join the resistance. Once an Olympic kayaker and now a wilderness guide, Sara will lead Maddix into the mysterious slot canyons of Southwestern Utah and straight into a demonic stronghold where few have made it out alive, and those that have couldn’t be recognized. But the Father of Lies will not go down easily. Convinced the Rapture is imminent; Satan floods the churches of Earth with demons in a desperate attempt to stymie the spreading Gospel. And soon the  entire world wants to arrest Andrew Maddix and Sara Kendall. It will take a SEAL’s courage and skillset, and a wilderness guide’s knowledge to enable them stay free long enough to help usher in mankind’s most anticipated event: the Rapture. In the battle between good and evil, one man and one woman will make the ultimate  sacrifice.

Book one in the Battle Series. Purchase Battle Scream Exclusively at the Amazon Kindle Store for only 1.99!  Or read it for free if you are a member of Kindle Unlimited.