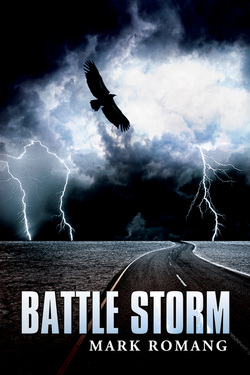 ﻿A storm is brewing over Andrew Maddix’s head. A﻿ccused of a triple homicide he didn’t commit, the ex-Navy SEAL has fled America and settled in New Zealand, where he makes a quiet living on an isolated sheep station with his wife and young son, Spencer. But after five y﻿ears of piecing together scant clues, law enforcement agencies from around the world are converging on Maddix’s bucolic secret life.

Unfortunately a greater threat exists than the FBI and New Zealand Police. Sinister foes from the underworld are closing in on Spencer Maddix. Their mission is a simple one: kill the child before an ancient prophecy can unfold and hasten their doom.

In this exciting conclusion to Battle Scream, Andrew Maddix will have to use all the skills he learned as a Navy SEAL to avoid capture and protect his son from the darkest forces of the unseen realm. Maddix has three weapons at his disposal to fight with: his faith, a flaming sword, and a pouch of manna. It’s going to have to be enough.

Purchase book two in the Battle Series for only 1.99 at the Amazon Kindle Store! Or read it for free if you are a member of Kindle Unlimited.